Don't lie to me. It's far more fun to NOT pay for something than it is to pay for it.

So, that's why I have not one, but THREE books free for you to download. Wait, no, make that four - Sew, it's a Quest is permanently free, after all. These other three, however, are free today and tomorrow only. 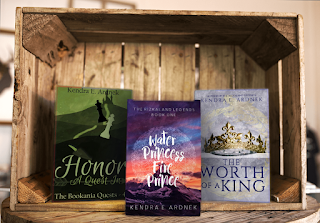 The Worth of a King
Water Princess, Fire Prince
Honor: A Quest In
(And Sew, It's a Quest if you're interested in that)
(Oh, and you can always pick up the Tales of Ever After Anthology) 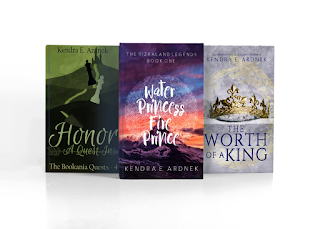 You may be wondering WHY I'm offering these books for free.
Well, first off, they were all three getting close to their turnovers, and it's been a while since I last offered free books, so I thought - why not? I just released a book, after all, and this could generate some buzz and push some sales.

But the big thing - I'm trying to gather a few more reviews on each of these books. 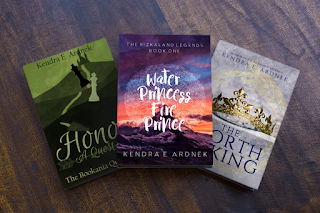 I have goals, actually, and rewards that I'm going to shower on the internet once they're met.

Honor's the easiest. I just need five reviews (on either Amazon or Goodreads), and I'm going to reveal the cover for book 6 of the series once I hit that. And it's a gorgeous cover, so you guys will want to see it.

WPFP, for its part, I'm trying to bump up to the all-important 50 reviews on Amazon. It's been hovering 39 for the last couple weeks, but I want to push it over the edge. To celebrate when that happens, I'll be posting the first chapter of Love and Memory, the third book of the series, which returns to Clara and Andrew's story, here to this blog.

Worth is probably the most difficult. My goal is 25 Amazon reviews on this one, but it's only at 9 at the moment (was at ten yesterday, though. Don't know what happened.) When it gets there, I'll will post a very special bonus story to the AA blog about a certain couple that was hinted at the end of the book.

And, while we're at it, I would LOVE to see Sew reach 50 Amazon reviews as well. Bit of a long shot on this one, as it's been sitting at 18 reviews for the longest time, and it needs a bit more love. Still trying to decide what I'm going to do with this one, but we'll see!

Another thing I'd like to see? At least one of these books hit a #1 free in some category. I'm not picky which one, just please download the books and share to your friends when your done. Who knows? We might actually succeed. 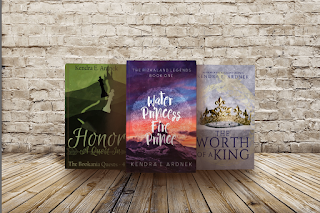 And, yes, you can totally steal these images for sharing purposes. Just as long as you're sharing and downloading, and reviewing. I really want to share the surprise bonus features with all of you!

Email ThisBlogThis!Share to TwitterShare to FacebookShare to Pinterest
Labels: Free Books, Honor: A Quest In, Water Princess Fire Prince., Worth of a King