Hey all! Popping in with my participation with Jenelle's February is Fantasy Month party!
Normally, she hosts these Interfiction Gazette Interviews on her own blog, but since things are going so crazy over there, I'm posting it here for her instead. 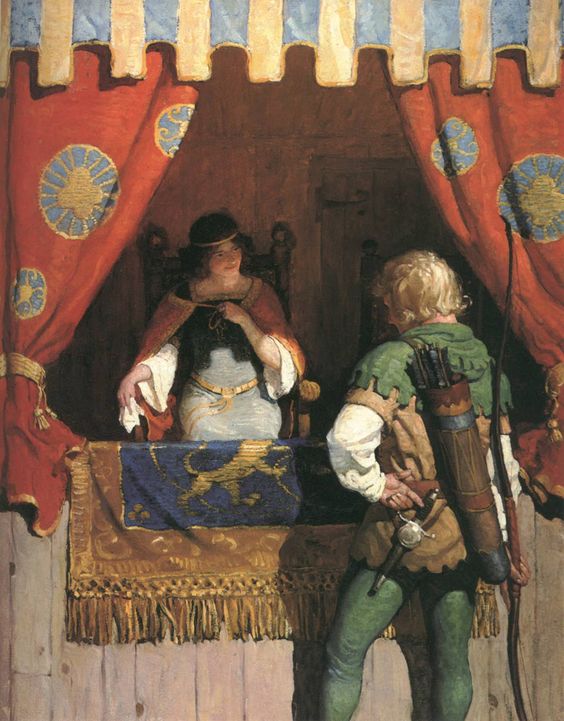 As I stare about the forest, I almost miss spotting the character I was sent to interview, her forest green clothing blending so well with her surroundings. Thankfully, I was told what to look for. I wave, feeling slightly out of place in my jeans and t-shirt, but I didn't have time to change before this assignment. "Maid Marian? Hi, I'm Jenelle with the InterFiction Gazette? Can I ask you a few questions?"

Maid Marian looks up from the arrow she has drawn and breaks into a broad grin. "Greetings," she says, in a vaguely British accent. "What would you like to know?"

I grin at her, happy that she seems open to chatting. "I was hoping you could tell me a little bit about this forest and why you're here?"

"This is Skewwood, formerly Sherwood, and it used to be a regular forest until magic returned. Now it's downright strange." Maid Marian shook her head. "And I'm here because this is my home."

I jot down her answer and then give her a curious look. "The magic returned? Can you explain that a little more? And can you tell my readers a little bit about yourself, as well?"

"Our land is magical, but for the last hundred years, most of the magic was locked in a few very large enchantments," Maid Marian explained. "However, those enchantments are now broken, so the magic is free to do whatever it used to do, such as make this forest strange. As for myself, I am the wife of Robin Hood, leader of the Merry Men, thorn in Prince John's side. There was a time when I walked in other circles, but those days are behind me, and I have carved a new identity for myself."

"Thank you for explaining all that. Can you tell me about this new identity you have carved for yourself? And... if I may... what is it like being married to the notorious Robin Hood?"

"My new identity is that of the notorious Maid Marian," Maid Marian answered. "And being married to Rob? I can't say that it's terribly different than being married to any man, save for our chosen lifestyle and how he generally allows me to do as I please."

I grin at her. "Sounds adventurous." I decide to change tack on her. "Is there anything you wish were different about your life?"

Maid Marian sobers as she considers. "I would have liked to have known my mother," she answered. "I might not have been so scared of being a woman, had she been there to guide me through it."

"I'm sorry to hear that," I reply sincerely. "So... you are friends with another Robin, right? Princess Robin of Locksley? Have you heard from her lately? I was wondering if you could tell me what she and her brother are up to these days?"

"Aye, that I am," Maid Marian agreed. "Robin's a dear thing, always has been - my only regret when I ran from my old life was leaving her behind. But now that she's grown, she found me again. I'm quite proud of the woman she's become, even if her own mother will never quite know what to make of her - ah, dear Charlotte. Robin's currently here at camp, along with her little girl, Maryanne, who they deny naming after me, and her husband is with mine, investigating some rumors. As for Robert, I hear that he's settling into life as crown prince of Locksley."

I write furiously, jotting down notes, then look up. "Thank you! Just a few more questions: Can you tell me about this camp? And I'd love to hear more about those rumors Eric and Robin Hood are investigating."

"I'm afraid that I can't tell you the location of camp - my husband is very strict about keeping that a secret - but I can tell you that it's quite a civilized little village these days," Maid Marian answered. "Though I can't say that it was true before Ellen and I got there. As for the rumors - it's just a routine check, nothing interesting. Some scouts say that they saw some men prowling a little too close to camp for Robin Hood's liking, and so he wanted to see what that was about. Most likely nothing, once all is said and done."

Her frown belied her carefree tone, however.

"Hmm..." I eye her for a moment, wondering if I should press this any further, but then I grow aware of a faint vibration coming from my badge. "One final question," I blurt out in a rush, "if you could ask the Author one question what would you ask?"

Maid Marian tilted her head to the side, fidgeting with her bow as she considered. "You know, in my youth, I had a lot of questions for Him. Why hadn't my mother survived my birth? Why couldn't I have been born a boy? Why did only boys get to learn all of the interesting things, and what gave them the right to be all insufferable about it? Then, later, why did my father have to die? Why did his brother cast me aside as a troublesome nuisance, forcing me to serve as a companion to a pansy of a princess? Why did he think that he had a right to marry me off to the awfullest man I ever knew, forcing me flee to seek sanctuary from the last man on earth I wanted to be indebted to .... but," here she gave a small smile. "I'm older now, and I can look back and see things more clearly than I ever could, then. Right now, I don't have questions - just faith."

Her response warms me to the core and I give her a smile and try out a curtsy... it... doesn't go super well, but she is gracious enough to pretend not to notice. Or maybe she really doesn't... she seems distracted suddenly. "Well, thank you so much for taking the time to answer my questions. I, for one, can't wait to hear more about your adventures!" 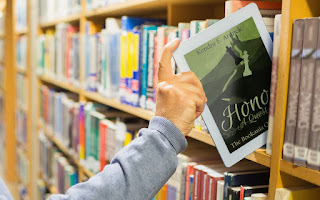 Find out about what becomes of those rumors in Honor: A Quest In, the fourth book in the Bookania Quests. Just a reminder, but preordering the novel on Kindle could win you a full set of the series in paperback! Just email me your receipt at Kendraeardnek@gmail.com.

Check out the rest of the giveaway!
Knitted by Kendra E. Ardnek at 4:19 PM 3 comments:

Jane Austen. There's nothing quite like her. She continues to inspire us all these years later. This Valentines Day, myself and a few authors came together to bring a special sale and giveaway.

Twelve books are on sale for $2.99 or less. Books like Tracking Ruby and Water Princess and Fire Prince, feature characters who adore and quote Jane Austen's stories. Most of the books take the beloved classics and retell them in a new setting. Each book is perfect for those who want a little touch of Jane Austen and romance for this Valentines Day. 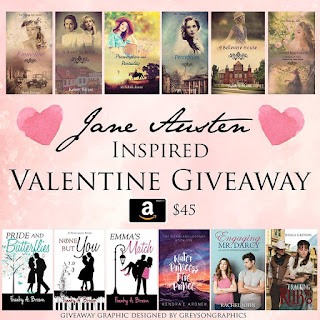 
An author's participation in this giveaway does not mean they endorse all the books included. While all books are considered clean, they may not reflect the values of the other authors.
That said, the four books in this sale that I have read, I adore and highly recommend. 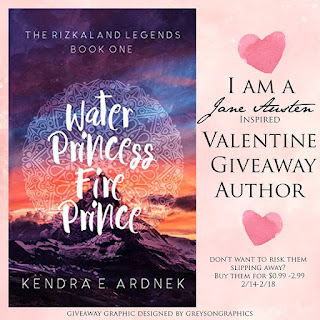 (Had to offer up WPFP 'cause my Austen Fairy Tale series isn't finished yet. They're coming, though!)

(And don't forget that I'm currently running a giveaway for my fairy tale-inspired series, The Bookania Quests, in honor of the release of its fourth book on the 26th!)
Knitted by Kendra E. Ardnek at 1:01 PM 2 comments: 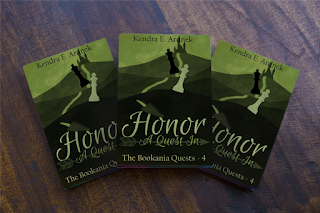 Don't forget to check out the main post for all of the other awesome ways that you can earn entries, including:

Preorder the book and email me your receipt to receive ten whole points!

Now to the tag:
For the record, each and every one of these questions are RELEVANT.

1. Have you read any of the Bookania Quests yet? If so, what is your favorite thing about them? If not, why are you excited to read them?

2. What is your favorite fairy tale that no one else seems to know about?

4. What is your favorite Fairy Tale mash-up universe?

5. What is your favorite fictional sword?

6. Name a Rebellious Princess that you felt to be particularly well-developed and compelling.

7. What is your favorite representation of Robin Hood?

8. Who is your favorite fictional mother?

9. If you could learn any language in the world instantaneously, which would you choose?

10. Who is someone in your life that you couldn't bear to lose?


And remember, you can also gain points by writing blog posts that review the other Bookania Quests or Robin Hood retellings - just make sure that you are shouting out the release and linking back here to my blog.
Knitted by Kendra E. Ardnek at 7:30 AM 3 comments: