Know The Novel - Love and Memory

My NaNo goal is to finish Love and Memory. I have about 140K written, and ... just over two parts left to write. Um, yes, it did acquire a Part 5 in the last few days. I thought it was just going to be four parts to this one, but the wrap-up chapters were getting busy, and I decided to pull them out, give each POV pair have their own, and then let the climax have space to breath and be properly epic.

There is soooooo much going on in this book. I don't ... I don't even know.

Also, if you're interested, sign-up for the cover reveal is currently open, so if you'd like to see the shiny early, you can fill out the form here! 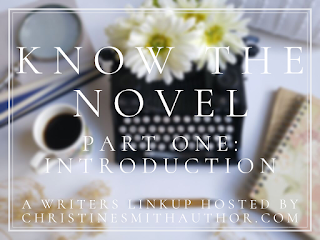 1. What first sparked the idea for this novel?

So, after I published Water Princess, Fire Prince, I was telling people hints about the following books, and Morgan was horrified when I mentioned that Clara and Andrew weren't going to be major characters again until book #5, and she promptly demanded that I fix the problem. So the then-current book #3 got shifted over to Fall of a Star, and I pulled an old plot out of my hat to creat Love and Memory. And then it just kept adopting plots and conflicts until it became a monster.

2. Share a blurb (or just an overall summary if you’d prefer)!

I need to write a blurb. Um, for now, enjoy a prophecy!

When a Queen forgets,

Her enemies rejoice in her weakness.
But when the Queen remembers,
They tremble in fear.
When a king loves,
His country rejoices with him.
But when that love is broken.
The land is broken, too.
Can Water and Fire join again?
Can Love and Memory be restored?

3. Where does the story take place? What are some of your favorite aspects about the setting?

So, Part 1 and Part 5 take place in our own world, mostly at the Arden's house, which is in my stomping ground of East Texas, though we do get some glimpses into Clara's and Andrew's households.

Parts 2-4 take place predominately on the Isle of Rintae, (though part 4 does shift the focus a bit more to Rizkaland proper), which is a desert country that was populated by some refuges from pre-Islamic Arabia.

So, yeah, lots of fun, lots of culture clashing, and lots of sand. Really enjoying mixing stuff up for this book.

4. Tell us about your protagonist(s).

There are 12/14 (I honestly can't remember) POV characters. Some of them are spoilers from LDTD, but they do include Petra and Reuben, Clara and Andrew, Ashna and Noraeto, and newcomers, Ali and Sorei. Most pairs are romantic couples, buuuuuut, one isn't.

Aye, isn't that what everyone wants to know? There are a couple theories being bantered, but no one's quite sure who's at the bottom this mess this time.

6. What excites you the most about this novel?

All the fluff, all the pain, and I can't wait to finally finish this monster. Seriously, I was doing an edit on part 1 yesterday (so I can send it off to betas in advance of Part 1's early release), and I was fangirlling so hard over my own characters.

It is a bit ridiculous.

7. Is this going to be a series? standalone? something else?

It's #3 of the Rizkaland Legends.

8. Are you plotting? pantsing? plansting?

Plantsing. I still need to sit down and write up the outline/attack plan/table of contents for the final two parts, but it's mostly a rough gameplan for the characters to tell me the story.

9. Name a few unique elements about this story.

It's a story that deals with repercussions. We romanticise the trip to the other world, but what's it like to come back? It's not easy to transplant yourself.

Also there's Wyn. Um, not sure how much she qualifies as "unique," but she's adorable and must be PROTECTED AT ALL COSTS. (No, we're not discussing her role in #4 at the moment. Or in The Cost of a Queen...)

10. Share some fun “extras” of the story (a song or full playlist, some aesthetics, a collage, a Pinterest board, a map you’ve made, a special theme you’re going to incorporate, ANYTHING you want to share!).

And now I need to run off to work.