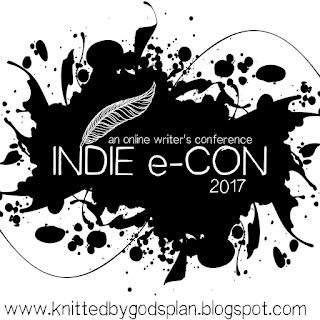 If you are an indie author and you'd like to get in on Indie e-Con, I just wanted to say that today is the LAST day to sign up. GO HERE FOR MORE INFORMATION. If you've already signed up, awesome! Let all of your indie author friends know that today is the last day. We're at twenty-seven authors, but I think it'd be great if we could get an even thirty.

Also, if you plan to enter the writing contest, that deadline is one week away - March 1st. Details here. Don't miss out. So far, we haven't had any entries, and if that continues to be the case, I might have to cut it and repurpose its prizes elsewhere.

And, authors, remember that we have book awards. Any book published in 2016/early17, even if you're not participating IN Indie e-Con. Details here.
Knitted by Kendra E. Ardnek at 7:00 AM 1 comment:

In case you guys don't already know from Goodreads and Facebook, I'm editing Sew, It's a Quest. Just spent a few weeks marking it up on my kindle, and now I'm typing it up at lightning speed.

I'm going to share the new, revised Chapter one here, but first some Q&A.

Q: Why are you editing a book you already have published?
A: Because I have a premium account of Grammarly at the moment, and plan to run all of my previously published books through it while I can. Sew, It's a Quest is the only one that I'm giving such an intense edit, though.

This is because ... I published the book before it was ready. It's not a bad story, but my immaturely shows - I hadn't really found my writing voice yet, either. If it had been a standalone, I would have left it alone, but it's the first book of a series that I plan to be writing for many years yet - which means that I won't be able to bury this book and forget about it. I NEED to keep promoting it, and I don't feel comfortable promoting as it is now.

Q: Are you ... changing anything?
A: A little. The story is still there, and it will follow the exact plot. However, there will be a few rewritten scenes - rewritten either to cut out redundancy, to clarify characterization, OR to take into consideration backstory that I have discovered since the book's publication.

Q: You said you were typing it up...
A: Yep. I'm re-typing every word in the book, making sure they're all shiny and they all sound good.

Q: I already own the book on kindle...
A: No problem! I'm releasing this as a completely new edition, so it won't conflict with your previous copy at all. So if, for some insane reason, you actually like the mess this book is currently in, you'll still have it. ALSO, revised Sew will be free on kindle during Indie e-Con, so while, yes, it's going to be available for preorder, don't preorder it. The only reason I've done the pre-order route is so I can have a link to hand out in advance.

That said, let's have the new chapter 1. (Which you can compare to the old chapter one)

1: The Question of a Quest

Email ThisBlogThis!Share to TwitterShare to FacebookShare to Pinterest
Labels: Bookania Quests, Chapter 1, My writings, Sew It's a Quest 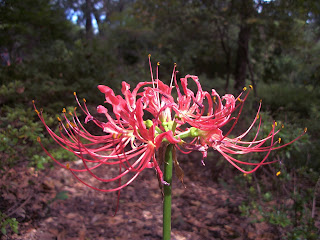 Today is my birthday. I'm 22. Frankly, I'm not sure how that happened, since I still haven't given it permission to be 2017 yet, and am still considering allowing myself to be 21.

Anywho, it's my birthday. *tosses confetti* (If anyone wants to get me a gift, I accept donations towards paying for my computer. Don't feel obligated. You could also send me random bits of writing to kendraeardnek@gmail.com)

To celebrate, I'm going to make a list of 22 of my WIP's that I can't wait to write and get into your hands. No particular order. Enjoy!

1. Bookania #5. This is the book where Maryanne first gets to really shine, and the book where Rapunzel shows up. In fact, the title may be related to Rapunzel. It might also be related to Meg, who gets the main romance in this book. I'm especially looking forward to writing the proposal scene(s). I'll have you guys rolling.

2. Half-Hidden. Readers of the Ankulen know of a certain redhead whose father wrote stories about dragons. Well, Half-Hidden is that story. I crack into some heavy topics, and the world building is awesome. This won't be a kids' book, though, and I may be rating it as New Adult, instead of YA like my other writing.

3. Love and Memory. The third book of the Rizkaland Legends. I know that all of you are looking forward to this story ... but boy is it breaking my heart right now. My poor characters. But it's gonna be awesome, too. You guys will probably place me firmly within the ranks of evil authors for this story ... even without killing half the cast.

4. Bookania #6. This book has pirates. And Cinderella. And the Odessey. And the Merchant of Menace. This is one story you guys won't want to miss.

5. Rizkaland #5. While I do like the story of book 4, and you won't want to skip that book - it's the center of the series for a reason, book 5 is the one I'm really looking forward to writing. Convoluted timeline, finding out what happened to a certain character's mother, Clara's Chinese heritage coming in handy ... it's going to be awesome.

6. ROCKS. The first volume of my Superhero Dystopia trilogy. This world is so much fun to write, and I love the subversions it places on its genres. Also, it has such a dynamic cast of characters. Everyone has a story, and the stories are all so interestingly interconnected. Also, Roxanne might get to rule the world. We're currently negotiating the details.

7. Bookania #8. This is a bit of an "It's a Wonderful Life" story. It'll star Robin, and everything'll get turned on its head. I'm looking forward to this. Not a nice alternate world, though. If this were the actual timeline, I wouldn't need Love and Memory to push me into the ranks of evil authors.

8. Sing, Aling. One of my contributions to my sister's sci-fi series, this is a sci-fi retelling of Peter Pan, focusing on the Tinkerbelle character, Aling. The story is turned completely on its head, as Peter and Wendy are established recurring characters throughout the series, and this sprang from my asking the question of "hey, how does Tink factor in?"

9. The Worth of a King. This is the book that Jack and I were writing together, but Jack had to bail on and I'm now rewriting it on my own. Don't miss out, though, because it features an intense cast of characters, awesome worldbuilding, a twisting plot, lots of political drama that leads to relationship drama, and Amber and Granite before Amber took up the Dragon Scale. Yes, a GOOD Amber. I can't wait to write her.

10. Bookania #10. You know how Robin always wanted to run away from home but could never muster the courage? Her daughter doesn't have that problem.

11. Rizkaland #6. The only timeline more convoluted than 5's is 6's. Andrew's younger brother, Kyle, and Kevin's younger sister, Tina, are the main characters. And Tina might have a crush on Andrew. And according to the people scouring my Pinterest board, there are babies involved.

12. The Nine Gems of Virtue. Like Half-Hidden, this story belongs to a secondary character in The Ankulen. I've also stolen this story from my mother. Diverse characters, creative worldbuilding. incredible plot twists. And did I mention that the "Nine Gems" are based on the fruit of the Spirit?

13. Bookania #12. This book ... will involve Maryanne trying to make a new friend ... but instead triggering a curse and she and some of her other friends will have to venture into the unknown parts of Bookania and comfront their worst fears in order to break the curse. It's gonna be awesome, especially the part with the wolves and a certain girl in a red hood.

14. Jessica's Summer. This is an interesting story about a girl who becomes Summer. As in, the season. Yeah, it's gonna be awesome.

15. Bookania #14. This one is a revisit to the alternate timeline of book #8. This time, but a different character. It's going to be great.

16. Rizkaland #7. JEJS. The final book of the series. I have five deaths confirmed for this book. You will cry. You have been warned.

17. The Eternal Queen. This story is mentioned in LDTD, and it will be awesome and intense. And you might find a plot twist involving Laura. You'll love it.

18. Bookania #16. This is probably the ... fourth Bookania plot that I came up with. It mostly involves a Greek myth and Arthurian Legend. Stay tuned.

19. Shut the Door. This is Lucy's story. Yes, the same Lucy that Laura mentioned both in WPFP and LDTD. I was plotting around with the climax and ... it was intense. (And this is one of the annoying stories that have been bothering me with the lack of title, and I just came up with this beauty, and I'm just going to leave all of you guessing as to what it means)

20. Bookania #19. I was talking with a friend about this one the other day. This is my Twelve Dancing Princesses retelling. It's based off of the French version, rather than the Grimm, and may involve a subtle commentary on substance abuse. And grief, love, and what happens when the Happily Ever After crashes and burns. (Also, the fox shows up in this book ... I can't wait to introduce all of you to the fox)

21. Fire and Song. This one came from a random song that I woke up with one day, which I think was vaguely inspired by Frozen. It involves birds and fire. And it's going to be awesome.

22. Infiltration. This book serves as a sort-of bridge between my Rizkaland multiverse and my sisters Sci-fi system. It's inspired by Hobbits, and the plot by an element of the Left Behind series (not the rapture part, but the mark part). How would we behave if there was a physical mark on true believers? Also herbs. I love herbs.

And there we go. Any of these that you're particularly lookign forward to? Anything on my WIP list that you think that I missed?

(Oh, and I'm looking forward to letting all of you read the edited version of Sew, it's a Quest. I can't believe that Younger Kendra published that mess.)
Knitted by Kendra E. Ardnek at 8:00 AM 14 comments: