Once upon a time there was a short, but charming, Prince.
There also was a tall, but beautiful, Princess.

One day they each set out on a quest. The Princess's boat was overtaken by a terrible storm. She soon found herself suspended from one of the beams sticking out of the main mast.

The prince, hearing her cries of distress, hurried to her aid. He steered his ship right into the thick of the mess, and, grabbing a rope, swung down and -
Whacked into the mast.
The princess lost her grip and fell down down into the frothing waters. The prince, still holding the rope, dived in after her. He caught her and had his men pull him back on board his ship. After dumping her on the deck, he jumped to the wheel and, crying, "Let's get out of here!" successfully got them out.

Then the princess started coughing, so he sprang back down to where she was. She opened her eyes and instantly sprang up. "Where am I?" she wondered, quite loudly.
"Why, on my ship of course," answered the prince.
"And who are you?" she asked
"I am Prince Vincent, I rescued you from the ship wreck," answered the prince, "Who are you?"
"I am Princess Shelia," the princess answered, "I am very thankful. Could you tell me if this boat is headed anywhere in the direction of the Kieray Ruins and if not, how I could find a vessel that is?"
"Today happens to your lucky day," Vincent answered, "That happens to be exactly where I am going."
"It is!" Shelia cried, "Oh, that is so fortunate! You see, I am - was - engaged to a prince, but he died in a great fire a few weeks ago. LeEtta, my guardian (who happen's to be a fairy) said that I must go and fetch some 'lost stones' from there so she can choose for me a new prince." 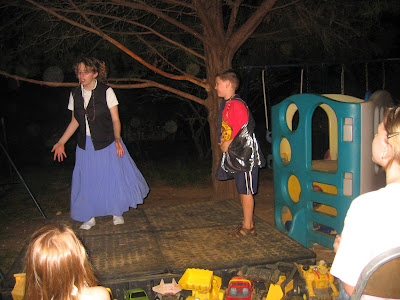 "You know," Vincent cried, "That is not unlike the reason I am going! I was engaged to a princess, and she died in great earthfall. Roonto, my guardian (He's of the elves), said I needed some 'Lost Jewels' for the same reason"
"What a strang coincidence," Shelia remarked. 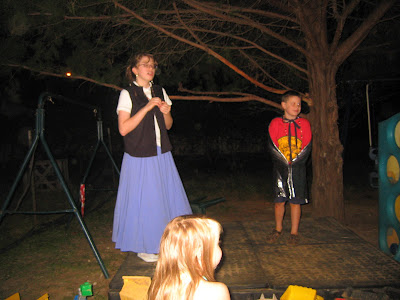 Time passed and they were soon at the entended location. The first thing either of them noticed were the people, especially the women. They were dressed oh so strangly. The women were wearing pants and - gasp - shirts that did not cover them completely. They talked funny too. The princess figured the accent out, finally, and translated the speach to Vincent. This is the story, as she understood it, of the place.

The place used to be two magnificent castles. A princess would live in one and a prince in the other. The two of them were said to have owned magic items. They never saw each other untill the day of their marriage. However, one night, a dreadful earthquake occured and caused an earthslide to destoy the princess and fire to to destroy the prince. That was five hundred years ago. Now they were excavating the place, looking for clues to the past. Shelia asked permissio to search for something, this was granted. 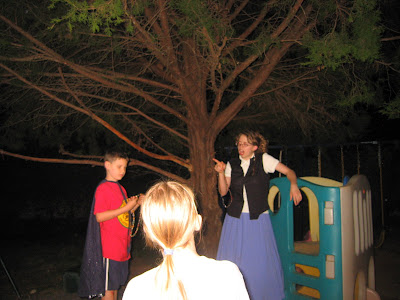 Then Vincent noticed some jewels around Shelia's neck. Shelia noticed some stones around Vincent's. "That's what I'm looking for!" They yelled at the same time. Each then asserted that they had had their string ever since they had been choosen for their position.
It was Shelia who finally figured things out. The prince and princess who had lived there had each been placed under a spell that made them sleep for five hundred years.
And they weren't just any one. 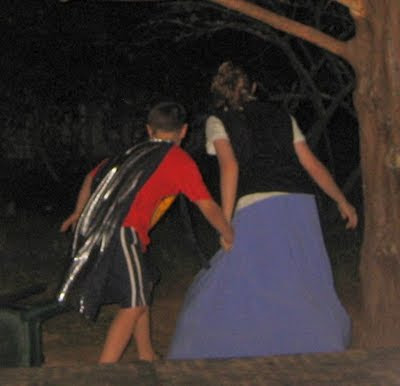 Vincent soon caught on.
"Will you marry me?" he asked.
"Yes," answered Shelia.
And they ran off into the sunset and lived happily ever after.

Mom, Aunt Karen, Matthew, Joel, Esther, and LaRue were in a car accident this afternoon. They were hit by an 18-wheeller. I think they hit a pole 'cause they nocked out the electricity on the whole street. LaRue is in the most danger of all us. The truck driver is the one we are concerned about. They had a flight-to-life readdy to take him the moment they had him out. If he survives - well, he's going to get the blame, and probably loose his job.

They're taking LaRue to a bigger hospital. She's got a big bump on her head they're worried about. The car they were in was totalled. It got hit right where Joel was sitting. It's a miricle that's he survived as well as he did. Grandma took him to her house when they let him go with the instructions that she was to bring him back if he starts throwing up.

You know, this is a momentus occasion - Joel's finally been seen by a doctor.

I'm not sure what the conditions of Aunt Karen, Mattew, and Esther are.

We would appreciate prayers.
Knitted by Kendra E. Ardnek at 8:01 PM No comments: