Okay, with that out of the way, I have two things too say that, apparently, should have happened/been posted BEFORE NOW, but I am a Sparkly Dragon Cat Fairy, and as such, I can never be late. Just have things post at unexpected times.

*coughcough* Sorry, glitter smoke is bothering my allergies at the moment. *coughcough*

Anywho, first up - The Worth of a King is now available to purchase in paperback! Yay!

I cannot believe how much of a bear and a half this was to get into paperback. This hasn't been as long a wait as Do You Take This Quest? had, but I was dealing with a lost computer at that time. I've just had to fight a swap from CreateSpace to KDP this time! (Though, to be fair, that was a FIGHT.) Anywho, the paperback is out now, and it's just $14.99, and it's sooooo shiny. I went with white pages for the first time on this book, and I really like how they fit with this story. I'm really leaning towards giving them to The Seven Drawers as well.

Also, as a note, sign-up for the Magic Mirrors blog tour is closing at the end of this week, so if you want to help promote these lovely stories, please get in and help promote them. 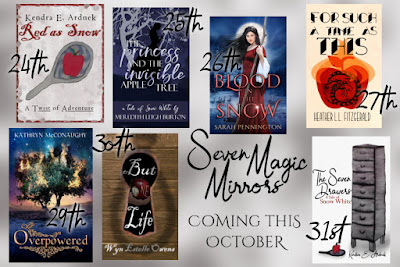 Okay, and now for the purpose of this post.

The next Fellowship of Fantasy collection is out! Yay! I don't have a story in this one (I almost did, as they considered putting my "Cinders" in here, and I also had a cat story involving Laura that I was working on, but had to drop due to time crunches), but I know a lot of the authors who do, and the stories SHOULD be awesome. And just look at that cat on the cover!

Annnnywho, I have a guest post from one of the authors!


Sharon Hughson
·What was your inspiration for your story in the anthology?


It’s been several years since I read through the WARRIORS series by Erin Hunter. This is a middle grade adventure series feature clans of cats told from the perspective of the cats. For some reason, Dickens’ novel A Tale of Two Cities mingled with the cat adventures and my creative brain wondered, “What if it was ‘A Tail of Two Kitties’?” The children’s story I imagined in those days bears little resemblance to the fairy tale-like story in PAWS, CLAWS AND MAGIC TALES. Probably because in the years since working with those struggling readers who enjoyed WARRIORS, I’ve read dozens of young adult fantasy books. 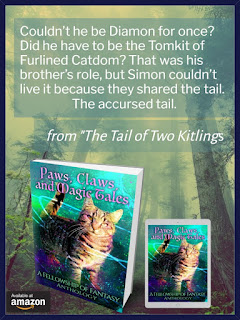 Tail of Two Kitlings by Sharon Hughson
Two kitlings. One tail. A mother's sacrifice and a brother's betrayal. Who will survive the Siamese curse?

Go download and read this lovely little collection FOR FREE, and don't forget to add it on Goodreads. Also, I think there was supposed to be a giveaway, but I'm posting this after the tour officially ended, so I think it'd be pointless to post it. Just go download a free book. And check out the posts that actually happened DURING the tour.

I'm gonna go slink back to my cave and continue editing Red as Snow and revising The Seven Drawers, 'cause I'm so not ready for my own release at the end of the month.
Knitted by Kendra E. Ardnek at 12:47 PM

Email ThisBlogThis!Share to TwitterShare to FacebookShare to Pinterest
Labels: Blog Tour, Fellowship of Fantasy, Guest Post, Magic Mirrors, Worth of a King