The Worth of a King - Chapter 1

So I'm revealing the cover for the Worth of a King on Wednesday, but I just thought that I'd share the first chapter now. Sure, I shared the first chapter of the original draft back a couple years ago, but this is the real deal now. 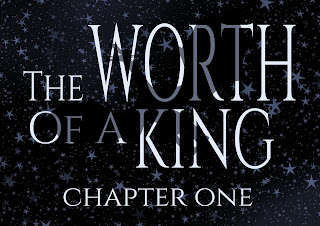 Email ThisBlogThis!Share to TwitterShare to FacebookShare to Pinterest
Labels: Chapter 1, My writings, Worth of a King