Hello, I am the craziness known as RhoXie Mans, and I blog at Books, Braids, and Born Again. 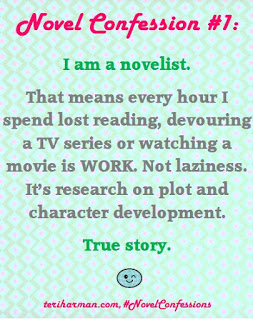 That pretty much sums me up. And my latest WIP is for the Rooglewood Press short story contest. Of course, it’s a Snow White retelling. Actually, it’s my first fairy tale retelling ever (unless you count a two page Sleeping Beauty one I wrote when I was six). So onward to Day and Night!

The Kingdom of Night and the Kingdom of Day:
Kingdoms bound by a broken treaty and the magical Rules. Two very separate Kingdoms in one space. Nightdwellers and Daydwellers hate only one thing more than each other. The Princess Celestia.

Queen Luna of Night:
The narrator of the tale. Also the evil queen. She has made herself cold and distant because of a wrong in her youth. In her step-daughter, she sees a constant reminder of that wrong, but she also sees her husband Ray, King of Day.

Princess Celestia of Day:
The daughter of a dying king. A child desperate for a mother’s love. She rules her father’s king as best she can, hated by both Day and Night.

Prince Robert of Dinland:
A visiting royal. The hider of a secret. His visit is of use to Luna, and Celestia knows that.


Minister Thanos of Night:
A loyal servant of Night. The only friend of a queen. He served Luna’s father and has only ever made one mistake.

King Ray of Day:
Breaker of a single promise. Husband of a Nightdweller. He lies dying far from his wife and daughter, but he still affects their lives.


And that, my friends, is the cast of Day and Night. Seriously, parts of the story are so sad, but others have this harsh anger and pain. But all of it tells (I hope) a story of forgiveness.

RhoXie
P.S Be sure to read Kendra’s much better post on my blog, Books, Braids, and Born Again!
Knitted by Kendra E. Ardnek at 1:29 PM