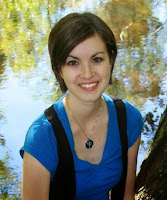 If you've been following my blog for any amount of time, You probably know that I'm a huge fan of Jaye L. Knight (Formerly Molly Evangeline.) In fact, she was the only person I managed to do the IndieFan thing that I tried to do at the beginning of this year. (Need to get back to that though, I know who I want to do next, I just need to contact her.)

Anyways, I told you on Monday that I'd be participating in the cover reveal for Book two of her Ilyon Chronicles, The King's Scrolls, and today is that glorious day.

But, you guys know me, I'm not going to give you the cover that easily. First of all, I'm going to point you over to her blog, where she's holding a giveaway for a 5$ Amazon Gift card and one of the gorgeous necklaces she makes: 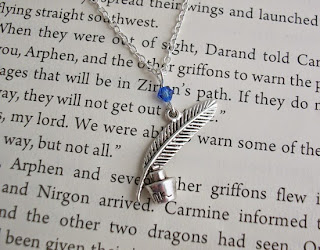 And now I'm going to share the book blurb and author info:


About the Book
Following the harrowing events that brought them to Landale Forest, Jace and Kyrin have settled comfortably into their new lives and the mission of protecting those under the emperor’s persecution. The fast approach of winter brings with it the anticipation of a quiet few months ahead. That is until the arrival of four mysterious, dragon-riding cretes who seek aid in a mission of great importance—not only to their own people, but to all followers of Elôm.

Now for the cover. 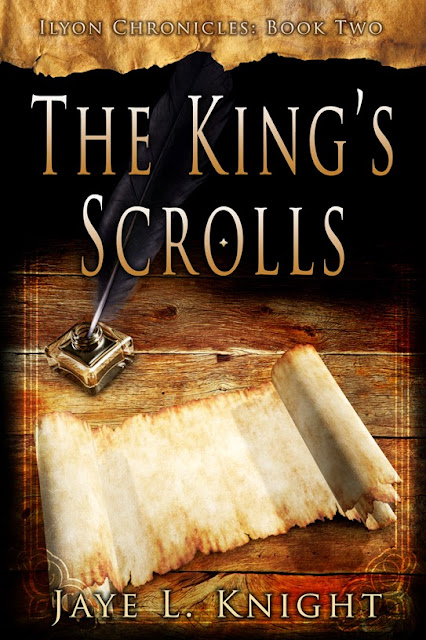 And folks, I almost squealed when I found this in my inbox earlier this week. It is gorgeous, and I can't wait to read the story it'll cover.

Now, one more thing: a lovely little excerpt from the book itself!

The other younger crete took a swig of his coffee and set his eyes past her. Kyrin peeked over her shoulder at Kaden who, of course, was staring at the dragon. The female creature stared back in mutual interest.
“Go ahead,” the crete said suddenly. “You can touch her. She loves attention, and she’ll only attack if I tell her to.” A sly glint sparkled in his spring-green eyes.
Besides Jace, Kyrin had never seen anyone with such bright and colorful eyes as these cretes.
Kaden looked at him, his brows rising. “You can do that?”
The crete nodded. “Dragons are highly intelligent. You can teach them almost any command. Storm here is young, but she learns fast.”
Kyrin smiled at the delight in her brother’s eyes as he stepped closer to the dragon and ran his hand over her bluish-gray neck scales. A grin split his face.
“She’s so smooth. Kyrin, come and feel it.”
Kyrin stepped to his side and laid her hand on the dragon. The scales were indeed very smooth, reminding her of the polished marble stair-railings in Auréa Palace, but they weren’t cold. Warmth radiated through them. The dragon, still watching them, let out a little rumble, almost like a giant cat’s purr.
“I told you she liked attention,” the crete said, grinning.
Kyrin chuckled and glanced at Jace to see if he wanted to touch the dragon, but he made no move to come closer. This certainly had more to do with the crete than the dragon. He was very fond of any type of animal. She faced the crete again.
“So they can breathe fire?”
“For short bursts, but that’s usually all it takes to deter any threat.”
“That’s incredible,” Kaden breathed.
While he continued admiring Storm, Kyrin observed the dragon’s rider. He appeared to be in his early to mid-twenties—about ten years younger than Captain Darq—though his exact age was impossible to guess. Cretes were said to mature faster than humans, so he could be anywhere from seventeen to twenty-five. He too wore a sleeveless jerkin. Brown tattoos, a little darker than his skin, marked both shoulders. Darq and the other cretes had them as well, but Kyrin hadn’t taken a good look at them until now. This man’s were a complicated pattern of spirals and dots, but the shape of a fox stood out in the center of his right shoulder.
Though she tried to be discreet, he must have caught her studying him and suddenly extended his hand to her. “I’m Talas, by the way. Talas Folkan of the Fox Clan.”
Knitted by Kendra E. Ardnek at 12:35 PM