I don't know if you've heard me rave about the Ilyon Chronicles. They're only one of my top ten favorite Epic Fantasies (right up there with Narnia and Middle Earth.), and the second volume only just came out last week (about three days after Kingdom). And ... I just noticed this, but both My Kingdom for a Quest and The King's Scrolls have KING in it. Anyways. 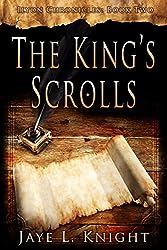 My Review Here
Following the harrowing events that brought them to Landale Forest, Jace and Kyrin have settled comfortably into their new lives and the mission of protecting those under the emperor’s persecution. The fast approach of winter brings with it the anticipation of a quiet few months ahead. That is until the arrival of four mysterious, dragon-riding cretes who seek aid in a mission of great importance—not only to their own people, but to all followers of Elôm. 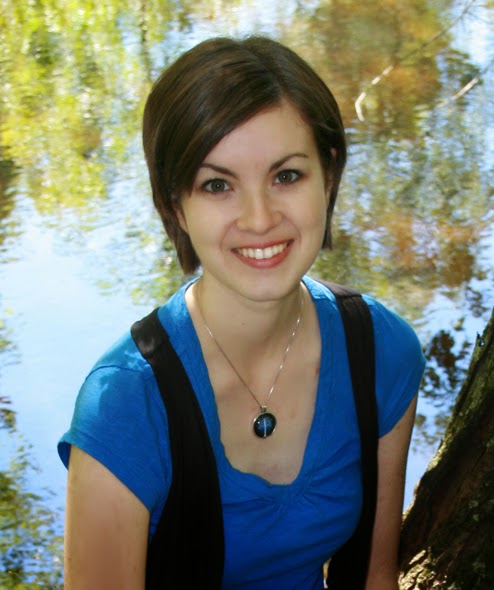 And to celebrate this release, I get to interview one of the new faces from this volume: Captain Darq. He's something of a background character, but he's a CRETE and cretes are awesome. Basically, if I fail my hobbit entrance exam, I'm going to sign up for cretes next. They live in trees and raise dragons. The only drawback is the fact that I think I'm a bit too friendly, but ... dragons and trees, my friend.

On to the interview!

1. Hello, and welcome to Knitted By God's Plan! Can you tell my readers a bit about yourself?

Thank you. It’s not often a member of my race has, or at least, takes advantage of an opportunity like this. I am Verus Darq, a captain among our dragon riders. Since we haven’t been at war in many years, this mostly involves scouting, patrolling our borders, and going on certain missions for our leader, Lord Vallan. I have two brothers, one younger and one older, who are also captains. I’m from the Hawk Clan, which is one of the most prominent of my people’s twelve clans.

2. You're a Crete. Can you tell me a bit about Crete culture?

I can’t say that my people are the most friendly you’ll meet. We keep to ourselves and don’t care for outsiders. It can be difficult to earn our trust. I try to be more open to the world around us, but that is not a very common practice, especially among the younger cretes. We are a very proud people. Too proud, I’m afraid. And very blunt. Some of the greatest differences between us and other races in Ilyon is that we do not build our cities on the ground, but in the trees, and we are the only ones who can train dragons. This also tends to be one of our greatest sources of pride. But we are fiercely loyal and family means a great deal to us.

3. What are your personal opinions of Elom?

I’ve had faith in Elôm since I was a boy. My parents raised me and my brothers in a home where they took their faith very seriously and took care to nurture such faith in us.

4. Who is your best friend and how did you meet?

My lieutenant, Glynn. He and I have been close friends for several years now. Glynn came from an abusive home. His mother died when he was young and his father turned to drinking. Glynn, being the youngest in the family, became the target of his drunken rages. It was kept a secret for a while. After all, such abuse, while obviously not non-existent, is a terrible crime amongst the cretes where family is so highly valued. I happened to be the one who discovered it and invited Glynn to stay with my family. He’s like one of my brothers now.

5. And lastly, is it at all possible for me to get a dragon?

Well, we’re not in the habit of giving out dragons to just anyone . . . but, if you can figure out how to visit Arvael where I live sometime, I’ll see what I can do.

Ah, well, if I ever manage to find my way to Ilyon, I'll be sure to make a visit! Thanks so much for coming by Darq!

Actually, one of my characters gave me a dragon egg for my blogoversery last August and I've been rather busy making sure I sing to it twice a day (her instructions). I don't know if I can juggle both of them.

Moving onwards! Currently, Jaye has the first book of the series for just 99 cents - and believe me, it's worth it. Kyrin and Jace are two of the best characters you can ever hang out with.

Giveaway
Share in the excitement of the release and enter to win a themed Epic Winter giveaway! Prize pack includes an autographed copy of The King’s Scrolls, a CD by Future World Music (some of Jaye’s favorite writing music), a dragon bookmark, a stone hawk pendant (much like the ones mentioned in the book), and a few packages of Twining’s Winter Spice tea to sip while you read! (Giveaway is open to US residents only. Cannot be shipped internationally.)

You can see all of the other stops on the tour here.
Knitted by Kendra E. Ardnek at 7:00 AM